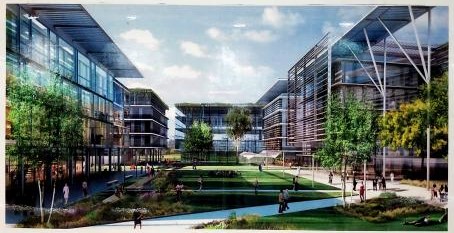 The University of the Commonwealth Caribbean, UCC, has secured 25 acres of land at Caymanas Estate, on the outskirts of Kingston, to be developed as a knowledge city and edu-tourism venture, in partnership with CHEC.

The development is part of a wider plan for a Caymanas New Town planned by the Government of Jamaica on 1,200 acres of the expansive estate, UCC Chairman Dr Winston Adams disclosed.

The UCC development itself is aimed at a new target market of international and Caribbean students, and while the UCC chairman says the costing for the project is not yet finalised, he said part of the financing is expected to come from the floating of shares in a UCC subsidiary via an initial public offering on the Jamaica Stock Exchange.

CHEC did not respond immediately to a request for comment, neither did the Urban Development Corporation, which owns the more than 10,000-acre Caymanas Estate.

The knowledge city project awaits sign-off by the Cabinet.

The New Town project is reportedly being spearheaded by the Ministry of Economic Growth and Job Creation. Adams said his UCC Global Campus/Knowledge City component will be developed by Chinese construction company CHEC under the build-operate-transfer model.

In this regard, "UCC will pay a yearly lease amount to the developers," he said, while noting that the "projected development cost has not yet been finalised". Ground breaking for construction of the campus is expected in early 2019, while project completion is expected by September 2020.

The facility, as proposed, is expected to host satellite campuses of a number of US and UK universities that will offer undergraduate, graduate degree and other professional development programmes, Adams said.

The UCC signed a formal letter of intent with CHEC in 2017 to build the campus, Adams said. The new campus will include construction of the Caribbean's first Centre of Excellence in Science, Technology, Engineering and Mathematics.

In this regard, UCC Global Campus and the Harrisburg University of Science and Technology - a non-profit university in Pennsylvania, United States - are working together on a model of STEM education and training, said Adams.

He said the knowledge city would also include an incubator for applied research and development, technological innovation, and entrepreneurial expertise.

UCC and The Opportunity Hub, or OHUB, of Atlanta, Georgia, have also recently signed a memorandum of understanding for training opportunities.

Otherwise, new projects at UCC, he said, includes the "Entrepreneurship School", introduced as part of the new Bachelor of Science in Innovation and Entrepreneurship programme; and the "Coding School" to train UCC students as software developers and coders, who are then positioned to work at partnering technology companies in paid internships, apprenticeships, on contract or full-time work.

In an update on the IPO, which is being brokered by Mayberry Investments Limited, the UCC chairman said an audit of the group's operations was under way.

"Once we complete this, which is absolutely necessary, we will then consult with our advisers Mayberry Investments and select the proper timing for the IPO in the next few months," he told the Financial Gleaner.

UCC announced plans in 2017 to list one of its wholly owned subsidiaries, UCC Online Limited on the junior stock market. The offer is expected by year end.