UCC Appoints Former Governor General as New Chancellor; PS in the OPM as New Board of Directors Chair

UCC Appoints Former Governor General as New Chancellor; PS in the OPM as New Board of Directors Chair 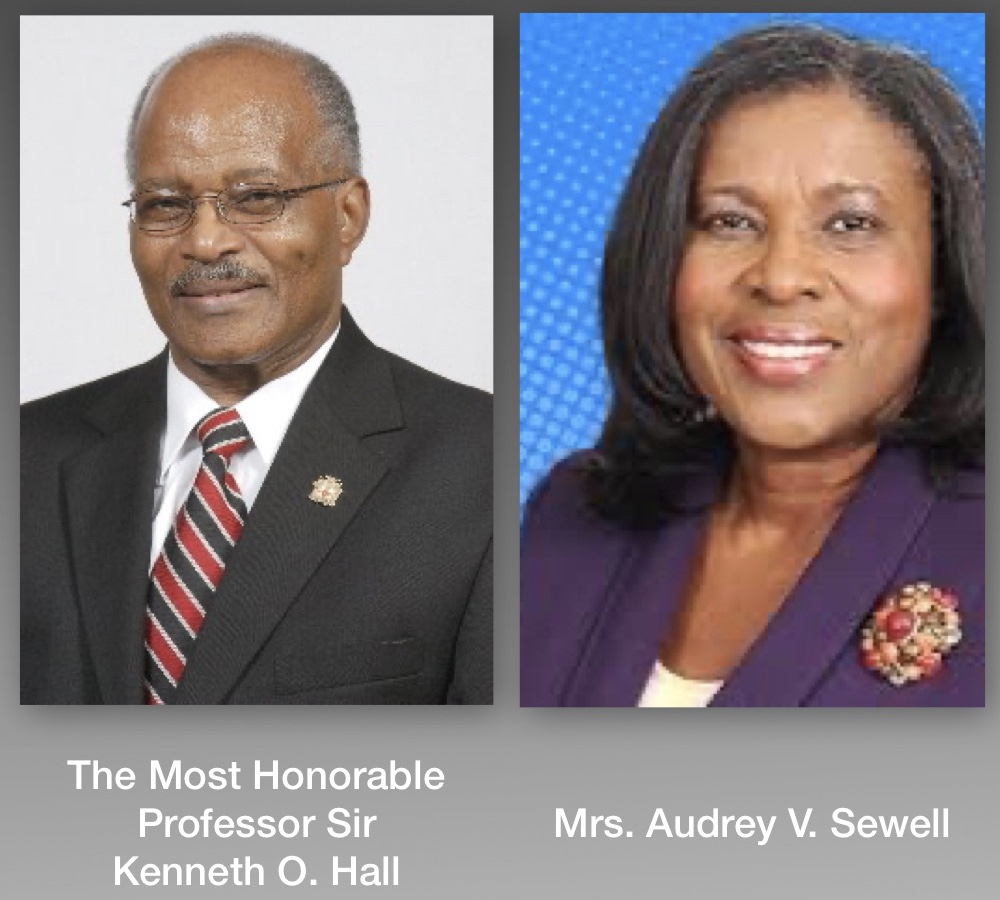 July 17, 2020 - The Most Honorable Professor Sir Kenneth O. Hall, ON, GCMJ, OJ, former Governor General of Jamaica, has been named the third Chancellor of the University of the Commonwealth Caribbean (UCC).  The current President and Executive Chancellor, Professor Dennis J. Gayle will be retiring as Executive Chancellor, but will continue as President through the current summer, and will thereafter remain a member of the UCC Board of Directors, as well as a Senior Consultant for the University.

The Most Honourable Professor Sir Kenneth Hall was also the first Chancellor of the University of the Commonwealth Caribbean, during an interim period, prior to the official appointment of the former NCU President, Dr Herbert Thompson, as UCC’s Executive Chancellor in 2011. The Chancellor leads annual commencement ceremonies, confers the academic awards of the institution, and represents the University to external groups.

Sir Kenneth Hall is a former Pro Vice-Chancellor of the University of the West Indies and Principal of the Mona Campus. He was also Chairman of the Caribbean Examinations Council for a decade.

In his new role as Chancellor of the UCC, he will also continue to advise the UCC Board of Directors on University governance issues and processes.

In addition to conferring the academic awards of the University, Sir Kenneth, a former Deputy Secretary General of the Caribbean Community Secretariat, will act as the chief representative of UCC's outreach efforts to a range of communities of interest, locally, regionally, and also internationally, thus supporting the University’s initiatives intended to attract international students to pursue its online and blended degree programmes.

The UCC Group Executive Chairman also announced last week that Mrs. Audrey V. Sewell, CD, Permanent Secretary in the Office of the Prime Minister, as well as Permanent Secretary in the Ministry of Economic Growth and Job Creation, as the new UCC Board of Directors Chair, following the recent and untimely passing of the former Board Chair, Dr Rickert Allen of NCB.  Mrs. Sewell, who served as  Permanent Secretary in the Ministry of Education in 2008, was subsequently re-assigned to the then Ministry of Transport, Works and Housing in 2011, and received the Prime Minister’s Award for Excellence in Education in 2010. She is an educator who was trained at Shorwood Teacher's College and taught at the Secondary level of the education system as well as served as adjunct lecturer & marker at the former IMP (now UCC) and UWI in the Department of Management Studies.  Mrs. Sewell was also conferred with the honor of Commander of the Order of Distinction (CD) for outstanding public service in the fields of Education, Justice, Transport Works and Housing, in 2014.

In her new UCC role, Mrs. Sewell will inter alia schedule and chair up to three meetings of the UCC Board of Directors each year, and will lead the Board,  which has a majority of external members, in providing oversight in fulfilling its fiduciary and other governance responsibilities for the University, based on the Board’s Bylaws, including the successful implementation of approved policies & international strategic initiatives.

"The University of the Commonwealth Caribbean is undoubtedly privileged to have as part of our new governance structure, two of the most distinguished and highly respected leaders in Jamaica and in the Caribbean," Dr. Adams asserted.

He noted that UCC is at a critical juncture as it continues to position itself as one of the most reputable and competitive institutions of higher education in Jamaica and the Caribbean region, and that these two new additions to the governance team formed a part of that broad vision.

UCC, Jamaica’s largest private, non-affiliated University, was established in 2005, and obtained international institutional accreditation in 2017 from the UK- based accreditation body, the Accrediting Services for International Schools, Colleges and Universities (ASIC UK).

Last week, the University, which was registered as a University College by the UCJ in 2007, was also advised that the Council had granted UCC Institutional Accreditation. It now joins the ranks of only three other higher education institutions in Jamaica to date – of the eighty registered by the UCJ – that have achieved institutional accreditation status. The other institutionally accredited institutions are the UWI, UTECH and NCU.  The University of the Commonwealth Caribbean offers academic degree programs at the Associate, Bachelor, and Master’s levels, as well as two Doctoral degrees provided by one of its UK partner universities, the University of Sunderland.