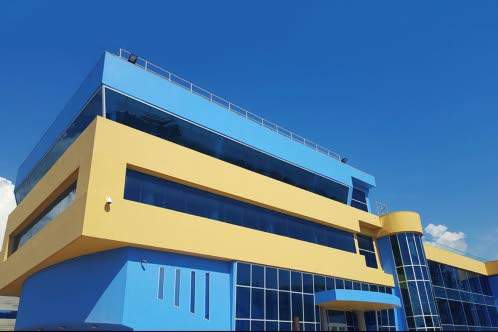 The agreement is to be signed tommorrow, Monday, July 2, between UCC founder and Group Executive Chairman Dr Winston Adams and registrar for the CXC's Kingston-based campus Glenroy Cumberbatch.

The partnership will make UCC the first CXC franchisee in the Caribbean.

“One of CXC's strategic objectives is to increase the number of candidates accessing our certification, which can advance their potential for employment or entrepreneurial pursuits,” Cumberbatch said Friday, explaining the rationale for the decision. “The CXC-AD is ideally positioned to propel learners into the marketplace or towards higher education. CXC is happy to welcome UCC as a partner to expand the reach and opportunities for learners to achieve their educational goals.”

CXC awards associate degrees based on performance at grades I to V in clusters of eight units of its post-secondary qualification — Caribbean Advanced Proficiency Examination (CAPE). The clusters refer to four subjects, of two units each, which are typically pursued over two years. Candidates however have up to five years to complete certification in the required units.

Under the agreement, UCC will partner with CXC to deliver the associate degree programmes across Jamaica. They will initially be offered at UCC campuses in Kingston, Montego Bay, Mandeville, May Pen and Ocho Rios. CXC will also continue to facilitate liaison between UCC and partner institutions in the Netherland Antilles and Cayman Islands, that are interested in delivering a UCC academic programme as a franchisee of UCC.

As part of the stated objectives in the historic alliance, there will be an articulation agreement allowing graduates with CXC associate degrees to gain advanced standing in relevant UCC bachelor's degree programmes, based on mapping of the programmes and UCC's policy on advanced standing.

Another highlight of the formal cooperation, according to the parties, is that UCC and CXC will allow applicants for the UCC academic programmes to have their CXC qualifications sent directly to the university even before their formal release to the local CXC offices.

UCC and CXC will also be jointly establishing a Student Advising and Career Centre at UCC's main campus in Kingston, for the benefit of CXC students who are not linked to an educational institution but who require academic and career guidance and mentoring.

“UCC is delighted to execute this articulate agreement with CXC as a partner,” said Professor Bernadette Warner, executive vice-president of academic affairs, international and online programmes.

Dr Adams called the partnership a critical objective in the growth and development of the educational institution.

“It is gratifying and exciting to be part of a truly Caribbean team embarking on this innovative collaboration. This will augur well for future generations of Jamaican students, as the UCC continues to further cement its status as a Caribbean, academic-certifying institution that creates alternative pathways and opportunities for the success of all the learners enrolled at our university,” he said.

The CXC associate degree programme began in 2005 and the first awards were made in 2006.

In addition to CAPE, which is typically offered at the end of the sixth-form programme, CXC offers Caribbean Secondary Education Certificate, following the secondary school curriculum.

UCC, meanwhile, is internationally accredited by the UK- based Accreditation Services of Iternational schools, Colleges & Universities, and is one of Jamaica's largest privately held tertiary education institutions, operating seven campuses in six parishes across the island.